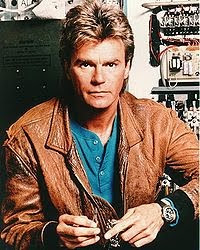 On the training plan this weekend was a short, less than an hour, L1 ride on Saturday with the goal really just to shake out my legs with no stress followed by riding the 100k course of the Nassau to Suffolk challenge on Sunday. I wasn't going to actually do the Nassau to Suffolk Challenge with the masses since my daughter had a tournament soccer game show up on the schedule with a 9AM Sunday start but I hoped to still do the ride. I also wanted to squeeze in a yoga session.

Unfortunately Sunday's weather forecast called for a washout. I came up with an option to ride a little longer and a little harder on Saturday, got BikeMike's blessing, and looked to ride with one of the Long Island Tri Coach (LITC) groups going out Saturday morning for their standard hilly 30 mile ride.

Typically when bike riders talk about the pace of the group they talk about the pace on the flats knowing that the group will slow down a bit (sometimes more than a bit) on the uphills and speed up a bit on the downhills. There was a group leaving at 6:30AM targeting 15-17mph and another leaving at 7:00AM shooting for 18-20mph. I seem to remember that these groups typically overshoot the pace so I decided to go with the slower group. Since I didn't really want to set nor push the pace, I dropped into 3rd postion to keep from getting accordianed off the back on the hills. The ride was going a little quick but about 7 miles in, my left crank came off my bike.

Let that sink in a while. My. Left. Crank. Fell. Off. My. Bike. The pedal was still attached to my shoe and the crank attached to the pedal, dangling. This never happened to me before and I really didn't know what to do. I'm not the most mechanically proficient nor am I the most mechanically inept. I carry a multitool in my saddle bag so I hoped I could use it to get the bike together again.

A couple of people stopped. I told them I would try to fix it and if I could I would catch up to them. If not, I would single leg drill back the 7 hilly miles to the car. I also had the faster group coming up behind me and if worst came to worst, I had a cell phone for a rescue call. I'm sure they left with the expectation of never seeing me again.

I channeled my inner MacGyver and somehow got the bike back together again. Do I head back or continue on? I decided to continue on figuring if I fixed it once I could fix it again. The course was an out and back so I wanted to catch up to the group but they had about 10-15 minutes now on me. How to catch them? It was "hammer time". It took me a while but I reeled them in at about the 14 mile mark. There were considering breaking into two groups since half wanted to add more miles. I was close to toast by now after a 7 mile sprint so I just wanted to get back (I also wanted to hit a 10AM Yoga class). We headed back but I was struggling. Even so, we were back at the car before 9:00. 34 miles, Norm power 225w. 16.0 mph.

Made yoga in plenty of time so then I did a 90 minute class. Got really tired watching the kid's afternoon soccer games. Also got the bike to the bike shop to make sure it wouldn't break again the next time I ride.

That has never happened to me, but I've heard of it happening to others. Impressive that you got it back together and finished the ride.

Pffttt! MacGiver my @$$! He would have made the bike into a nonlethal-but-serviceable-weapon. All YOU did was turn it back into a bike.

You da man, brother! I'd've headed back after fixing the bike. Except ... I'd've been incapable of fixing it. So in reality? I'd've sat down and cried.

Your Mets are at .500 right now, having won 3 in a row. EVERYONE is in the running in our division.

Bummer about the bike crank and pedal:( Nice work getting it back together Mr. Fix it man! Awesome job catching up too!! It must be all of that Yoga that you are doing...helping you stay strong!

That is amazing. I think I would have wiped out if it came off while I was riding. Then, you fixed it. Then, you sprinted 7 miles. Then, you went to a yoga class (which takes guts to just walk in the door). Then, you were Super-Dad supporting your kids. You are my hero, my friend.

Wow. that is crazy. I would have no idea what to do. Way to fix it and catch up with the group!

wow! super impressive! glad you were able to catch back up and finish. I've seen that happen before but I've never experienced that first hand and hope never to have that happen.

Never seen or experienced that one before. I would have been flabbergasted. Are you kidding me? The crank came off the bike?

Sounds like you got a really nice workout in afterall. How goes the hot yoga these days? You must be getting good at it or enjoying it since you continue to go. Hope to hear about the benefits you are reaping. Are you seeing any increases in flexibility yet? Is it helping your IT band? Do you wear a speedo to class? I've seen guys wearing nothing but practically a speedo in hot yoga classes. Are you going that route? And it so, will you post a pic?

You really are a rock star! Love the post title, way to put that bike back together.