Nothing quite as educational as vacation

Where have I been? 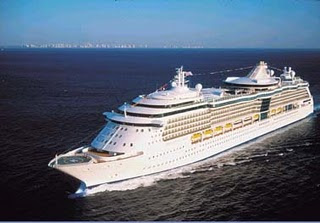 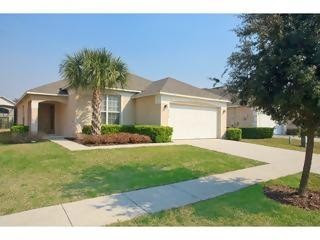 Then came home on this: 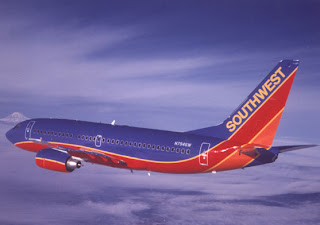 Beavis: "They should have a name for this kind of music." 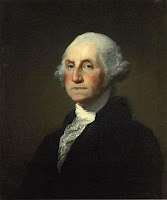 "Ninety-nine percent of the failures come from people who have the habit of making excuses." - George Washington
Posted by RockStarTri at 2/16/2011 06:19:00 AM 7 comments:

Earlier in the week I realized that I didn't have an official "event" for this weekend that would force me out of my comfort zone to brave the elements for some sort of training. This is an odd feeling as the last 5 Sundays I've raced to varying degrees. I say various degrees meaning effectiveness, not temperature as there was only one temperature recently: cold.

Another thing I realized is that I have some real "events" on the horizon that I needed to start focusing on. I have St. Anthony's triathlon May 1st (12 weeks or so away) and I think my training is in good shape for that race. Even though I haven't signed up yet, I've been talking about Rev3 Quassy 70.3 the first weekend in June. I felt I needed to start stretching out the distances I've been training a little to be in the right place especially for the HIM.

I was about to have a conversation with my coach on this topic when I found out the NYRR Brooklyn Half Marathon on 5/21 opened for registration. I've never done this race before but rumor was that it would sell out quickly. I was also thinking about doing the Bloomin' Metric 100k bike ride on 5/22 and thought if I could do those events back to back it would show I was in good shape for Rev3. I was a bit concerned regarding the taper (one of my strengths) but when we emailed back and forth later that day, Mike strongly endorsed this race since it would set up perfectly for the beginning of the Rev3 70.3 taper.

As I was signing up for the Half, I noticed another race I was thinking of signing up for was on the NYRR website: the NYRR Colon Cancer Challenge scheduled for 3/27. My brain started thinking if I can do that race well at 15k, I would be in good shape for the half Mary seven weeks later. I registered for both the Colon Cancer 15k and the Brooklyn half. No need to sign up now for the Bloomin' as I don't think it will sell out.

The next day I found that both running races sold out. I made it just under the wire. It was good that I registered in time but it is bad that these races sold out so fast. This got me concerned so I pulled the trigger and registered for Rev3 HalfRev Quassy too.

Why do these races sell out so fast? Obviously supply and demand are out of whack. Then I started thinking that if I do these NYRR races I'll only need 6 in 2011 more to guarantee entry into the 2012 NYC 26.2. As many know the NYC Marathon would sell out so quickly that they sell lottery chances to gain entry but if you do 9 NYRR races and volunteer at one, you are in (after you pay the freight). I'll pick up a few more NYRR races in the fall that will act as supported long runs for my IMFL training and there is one down the street from my office that I'll do too.

Full disclosure, IMFL will be my first marathon. You think thinking of another already is dangerous?
Posted by RockStarTri at 2/13/2011 08:12:00 PM 5 comments:

"Nothing could be finer than...

to be in Carolina in the Maaaaaawwwwwwwnnnnnmnnn-in" Guess where I was this week?

Business had me flying into Charleston for a one day meeting. I had a run on the schedule so I decided to pack my running stuff to enjoy the tropical weather there. I decided to not pack tights, just shorts and flew in the night before (I did squeeze in my bike ride on the trainer before I headed to the airport).

I woke up early and saw the temperature was a balmy 35 degrees. Put on the shorts, kicks, a long sleeve shirt and ventured out. Of course this was when the issue of where to run was raised as the hotel was on a highway but I figured that out by running around some condo developments with "No Trespassing" signs. Every South Carolina rental cop looked at me like I was a friendly type of insane person since I was wearing shorts. They waved to me and I waved back. It was a short 40 minute run but it made the trip memorable.

That night when I landed in NY it was 14 degrees. Oh well, warm weather celebration over.

PS: Jamoosh would be proud since I sampled a Chick-Fil-A spicy chicken biscuit for breakfast. It was a good thing that will be added to the menu for future trips to the Confederacy. Jessica Alba wasn't working the counter though.
Posted by RockStarTri at 2/11/2011 03:40:00 PM 18 comments:

Sights at the NYRR Gridiron Classic

I believe I work long hours compared to most. This is made worse since almost every day I have a long commute into the rotten apple. My typical day has me in the shower no later than 6:15 AM but once or twice a week I need to be in early which means I'm up an hour or so earlier those days. My team is international so it isn't uncommon for me to have a teleconference early with Europe or late with folks in Asia.

On the other side of the clock I consider it is a successful day when I'm home by 7pm. Sometimes, like last night, my girls have obligations or events that I need and often want to attend. As musicians, they have concerts and lessons. As athletes, they have games, meets or practices. My wife does most of the kid fetching but sometimes the physics of two kids needing to be in two places at the same time needs the solution of two parents when car pools don't align. When that happens this parent isn't training. Time is a precious commodity in my life.

Most nights I start my workouts about 9pm. As an example, last night I got home about 7:30 then off to Amanda's track meet. Her race was at 8:00pm and we timed it perfectly. She did well taking 6 seconds off her best time in the 600m but claimed that she barfed after we left her there to cheer on the rest of her team - no photo evidence though. Courtney's soccer practice ended at 830pm. The net of this was that I got on the bike for my 60 minute trainer ride starting at 8:54pm.

The biggest issue with training late night is the risk of something claiming time unexpectedly. If the trains are screwed up due to snow (we haven't had any weather issues this year - NOT), I can get backed up. Of course the obvious solution is to get up early. I've tried the 4am shift but I seem to be wrecked most of the day afterwards.

Weekends aren't as much of an issue yet but as they year goes on, the training volume will increase. Volume means finding more time to train. Time is finite. Prioritization is a challenge and there aren't a lot of efficiency gains on the horizon. Let's not even talk about most runs being in the dark. That almost can be viewed as specificity as I expect to be running during IMFL way past dusk.

Please don't view this post as a rant or any sort of a pity party. It isn't. Just an issue that I'm working on and while closure by solving this would be great to have, it ain't happening soon. Definitely not before my run tonight, nor my bike and swim tomorrow, nor my run on Sunday.....
Posted by RockStarTri at 2/04/2011 07:45:00 AM 15 comments:

"The men who try to do something and fail are infinitely better than those who try to do nothing and succeed." - Lloyd Jones
Posted by RockStarTri at 2/02/2011 05:55:00 AM 7 comments:
Newer Posts Older Posts Home
Subscribe to: Posts (Atom)