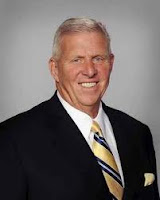 But Mom, we're not going to win!

I ran the first of the New York State Park Winter run series today at Heckscher State Park with results that can best be described as sucky. I shouldn't have had any expectations since I haven't really ran due to a variety of injuries, aches and pains for quite some time. I did almost all of my Ironman training without real running although that was not by choice.

I signed up for this 5K series to make me get out and run a little harder than I would have on my own since I know that a time clock can do that to me. I saw that the last 5K that I ran was last year as part of this series. I shouldn't have had any expectations but that is against my goal oriented nature. Needless to say I wasn't anywhere near any of my expectations, even my lowest expectations.

The series sold out at 1100 participants and more signed up for the single day of race registration so it was crowded at the start. The way the race routed was that most of the first half would be into the wind, we'd get some relief at the turnaround and the finishing 1/2 mile or so was into the wind again. I started near the back and my plan was to mix in some walking with the running for 3:1 ratio to gradually get into it.

The race started and almost immediately I realized how slow I was. I started trying to set different expectations in my mind. Obtainable expectation. Rational expectation. I was failing even at this.

I caught up to a mother running with her son (estimated age 8) at about the turnaround. She asked him if he wanted to take a walk break. "But Mom, we're not going to win!" I also wasn't expecting to win but I liked his attitude and it got me going a little more.

I finished up this race more than 4 minutes slower than last year's time at the same race. I saw my sister and my niece at the finish line (they were done for some time already). I commented on how I really sucked. Nobody disagreed. At least there is an opportunity for redemption during next Sunday's 5k at Caumsett State Park.
Posted by RockStarTri at 1/08/2012 02:55:00 PM 10 comments: 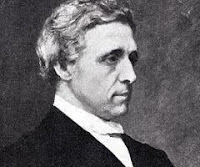 My recent blog post on why I've decided to not keep my USAT/L1 certification up to date does not mean that I do not value coaching. In fact, I highly value coaching and believe the right coaching relationship can both be rewarding to the coach while allowing athletes to obtain results that they most likely would not have achieved on their own (case in point, yours truly, an old fat gimpy guy that finishing an Ironman). I originally expected to mosey a bit for the beginning of this year with reengaging with my coach in the March time frame. I would do athletic stuff more for fun that for any goal or purpose.

The reality is that I felt a little lost. Another reality is that I've been gaining weight. I know what I had to do but wasn't doing it. I needed more structure. I needed accountability. I wasn't proud of how I felt but I realized that feelings actually count some times.

So I decided to reengage earlier than planned with Mike. I sent him an email to see if he actually wanted to continue with me as one of his athletes (coaching is a two way street - Mike limits the number of athletes he coaches since he wants to have enough bandwidth to focus on each individually). I explained my goals for this year (actually improve on the run, crush a couple of longer distance bike rides/races, set myself up for a strong HIM in July, and to figure out the second half of 2012 when I find out if I get into NYC26.2). He said let's start Jan 1.

Mike typically crafts my training plan a week at a time to adjust on how I am doing. He posted the first week's plan on New Year's Eve with a casual ride for Saturday. I wound up riding my mountain bike outside since the weather was sort of cooperating.

645AM New Years Day morning I had an email from him asking if I had data to upload from either the ride the day before or the run scheduled for NYD. I needed accountability and I got it. Just what I needed.