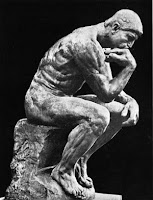 Wikipedia defines schizophrenia as "a mental disorder characterized by abnormalities in the perception or expression of reality. It most commonly manifests as auditory hallucinations, paranoid or bizarre delusions, or disorganized speech and thinking with significant social or occupational dysfunction."

After traveling 24 hours to get from Hong Kong to the hotel near the race site in Cambridge, Maryland, I thought I was ready for a good sleep. I thought wrong and now I'm up debating if I should take a sleeping pill or not. While I ponder that I thought it would be interesting to list some of the thoughts going through my head about this race:
I realize I suffer from pre-race schizophrenia but I think more people do than don't. Maybe some of these thoughts are a little bizarre but it will be what it will be.

Wow. Hopefully you are asleep now, but if you can S/B/R half as fast as your brain was just going you'll do fine.

HA! At least I am not the only one who does that before I go to bed on race weekend!

But what's on your mind?

Do your best to enjoy it Rock. You will never forget this race and you likely will have the very best cheering section there out of all the athletes. Sounds like you already won!

Have a GREAT time! Looking forward to reading about it after wards.

Don't go out too hard.

Or is this race over already?

LOL I was nervous reading this :) I am sure things will go well. Good Luck and look forward to reading race report!!!!

I always have trouble sleeping when changing time zones. Hopefully you will get enough to be rested for your race.

Your mind works as fast as mine! :)
Best of luck today!!!
I hope you got some sleep.

Pure craziness! Gotta love it though. With a list of thoughts like this, i don't think you'll have forgotten anything...rock on rock star! Aqua velo is yours!

Hi Rock Star,
Are you sharing random thoughts? I thought that I was the queen of randomness:) This was pretty entertaining to read! It is crazy all of the thoughts that go through our minds right before a big race. I hope the race went well for you:)

Hope you had a good race.

Sounds like everyones head the week of a race, I hope you rocked it.

I hope this post helped a brother out and put him to bed with an easy resting head!
I am a TOTAL crazy thought producer before a race.. It doesn't stop until I am running...