Timberman: The forensic report is in. 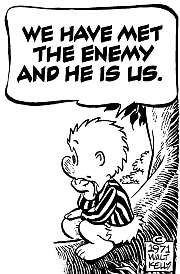 While BikeMike may not be as famous of a medical examiner as Quincy MD (I never could get used to Oscar Madison trying to be a doctor), he did analyze the file from my power meter/bike computer to gain some insight around my worse than expected performance at Timberman.

The plan was for me to stay between 210 and 220 watts on the bike. This would save enough to allow for a decent run. The Timberman course starts out hilly and a challenge would be to keep the power in this range while being able to get me up the hills. 210watts is relatively easy for me and it would be OK to go slightly over if required to get up the hills.

Mike pointed out that the data shows that I went out way too hard. For the first 52 minutes I was, at a normalized basis, north of 260 watts which is close to my threshold. While I consciously stepped it down a little, the first 1:45 still had me north of 240w. I looked at the computer at 30 miles and saw an average of 220w but by this point the damage was done and I was already in a downward spiral. The run was over before it started.

At least there is an explanation and there are lessons somewhere in here. They are painful lessons but let's hope I am smart enough to learn them.
Posted by RockStarTri at 8/26/2009 08:50:00 AM