How did I get to this weight? 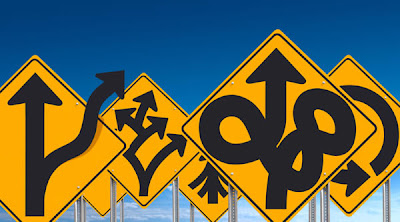 I use MyPlate as part of Livestrong.com to track my weight. I haven't been all that religous abuot tracking but typically do it from time to time. I decided to start again and the site gave me a little badge to be proud of my progress. The badge updates automagically. Today it says:
I've gained 47 pounds!
A dubious honor. I've looked back at the data to correlate how I've lost gained this weight against my training.
So, what have I inferred from this data? If I train up to 20 hours a week and don't pay attention to nutrition, I have maintained (not lost) weight. If I focus on nutrition/body composition and train a moderate amount (say 10 hours a week or so), I can positively impact my body composition. Can't you train for a Iron Distance race AND pay attention to nutrition/body composition? Some people probably can but I proved that when I had the opportunity, I did not. Don't know why as I understood the importance of this. Note I'm not even talking about the impact on my family life with Iron training.
Since I won't consider "the" stomach surgery, I think a mix of 10 or less hours a week is right coupled with a renewed focus on nutrition is the right approach. What is that nutrition focus? To be continued.....
Posted by RockStarTri at 5/05/2012 05:05:00 AM

I find it is so easy to put on weight and so difficult to get it back off.

I think you left out a piece of the puzzle that helps explain it - you recently had a pretty emotional post about the insane stress you are/have been under. I know that is a big part of how I got to "that weight". Comforting ourselves with food can only be compensated with exercise to a point - and the brain will play all kinds of games of "justification" to allow our soothing to continue. So maybe I just want to offer a big (((HUG))) - hope that isn't too inappropriate. And tell you that I've been struggling on the nutrition front too. I just haven't been backsliding on the scale as badly (yet). So renewed focus on eating more produce, lean meats, and overall less. Mix that with the swimming, biking and running that we ENJOY (remember that!) and both of us can see some downward trending on the scale!

Interesting. I have a blog post rolling around in my head about hours/week and weight gain. I don't track calories but do log workouts and weigh myself every day. What I've found is

A couple things that help me are to spread out my breakfast so I'm not starving at lunch then tempted to over eat. Having a mid afternoon apple instead of chips or licorice seems to help a little too.

Good luck. You can do it.

You are right about how weight loss no longer happens once heavy volume is introduced.

For example: I am at 153lbs right now and have been avg around 15-17hrs training per week. I was 153lbs four weeks ago as well. And why does this happen? You need a lot of fuel to power the machine. I have not even had dinner yet today and already have taken in over 4000 calories - that does not lead to weight loss!

Good luck at getting to your goal weight Joe - I believe you can do it and do it well!

Thank goodness it's spring. It is so much more difficult to lose weight in the fall when body is programmed to store the fat.
Good luck and hopefully soon you will be the biggest loser. :) (I truly dislike that show!)

You did it before. So you know how.
Just break it up into little sections.


I think most of us have been there.

I've actually started working on a book about this same philosophy, and it's on my blog as the "how I got fast" category. The harder and longer you train the more you have to replenish. I found optimal weight loss came at 45 minute workouts 5 days a week, each burning between 400 and 600 calories. Combine that with a mildly restricted intake and healthy whole food eating plan and you will consistently drop lbs and they won't all come back later.