Next year, in contrast to previous years where I've pre-registered for a whole season of events, I've decided to "plan on not planning" my 2011 event calendar. Due to injuries, I spent a lot of money on race entry fees on events where I wasn't able to compete this year. This is troublesome on a variety of reasons so I've decided to scale back and just sign up in advance for only a few important events. Others might be added but only as advised by my coach, BikeMike. 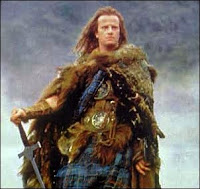 I still hope to do in 2011 what I'm considering as my Highlander Ironman (there can be only one). Based on conversations with a variety of medical folks, there will come a time in the not too distant future when I won't be able to race longer distance triathlons. I'm not there yet but the general theme is that the more I train long, especially running, the sooner that inability will happen. If that doesn't happen, great (yes, doctors have been wrong before), but I'm planning on my iron career to be one and done at best. Which one is still open for debate but I'm feeling now the best event for my success is IMFL in November, not IMLP or some of the other options. This'll probably mean being online when registration opens hoping to get through or paying the freight of a community slot.

I have the ability to register early for St Anthony's Olympic triathlon on May 1 in St. Petersburg, Florida since I deferred in 2010. I've done this race a couple of times already and enjoy it a lot. I'm going to sign up but haven't decided if I'm going to do it on my own or with Team in Training. I might do a cycle event with TNT instead but this is one of those BikeMike decisions.

Many of my friends are shooting for Rev3 Quassy in June and I'd like to do this race too. I haven't done it before but have heard good things about it (I've also heard it is hard but that could be a good thing too). My wife is a big supporter of the concept of the Rev3 races and luckily I don't have to sign up way in advance. I'll decide on Half vs. Oly later based on how my training goes. My wife wouldn't mind if I did Rev3 Cedar Point as my late season half iron distance (it is near her sister's home) but we have even more time to decide on that one.

I'll still go to Placid to cheer on the faithful and make that a training weekend.Other races, like sprint triathlons, camps like FiremanIronman and/or bike events, will be sprinkled in later by BikeMike as part of official training.

Hooray for the return of official training!! Love the concept of a Highlander IM, too funny.
And speaking of movie quotes, thanks for the Waterboy one. :-) Of course, in my mind, I had to add, "You can do it...all night long!"

Uh, dude. No one does one Ironman. No one. It can not be done.

I would do another Ironman tomorrow. It would take me six years to finish because I am still in so much pain after training since January.

By the way—great reference to the Highlander. It is by far the best film ever made of sword-wielding immortals lobbing heads off of one another for true immortality.

Doctors don't know anything. You have many IM in front of you.
But what will you be doing till Nov 1???

Hi Rock Star,
Oh boy, the joy of putting a race schedule together! You have so many great options:) I can't wait to hear what you decide to go with. Enjoy your week! Oh, and thanks for the nice comment regarding my marathon:)