My running was going well and then..... 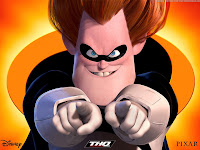 Let me backtrack a little. I've been running more than I ever have in, let me see, forever as part of building up the miles to do well in the Disney marathon in January. For example, last week I did 5 miles on Tuesday, another 5 on Thursday, and had 11 on the plate for Sunday. On Saturday, my daughter invited some friends for a "running play date" and I went along a chaperon. I figured since I was waiting for them I might as well run a little myself so I added 3 miles as an easy bonus run on the Bethpage Trail. I was happy that I was getting faster - the easy run was a little faster than 11:00/mile (my hopeful marathon pace) and was, ta-da, easy.

Since my accident all of my running has been on the track or on a trail. I can't remember the last time I actually ran on a road (probably early September) so I figured Sunday's run was as good a time as any to start. I'm trying to get the accident behind me (of course, pulling yet another piece of windshield out of my arm Saturday was a fresh reminder). The weather was crap, so I used one of my many old pairs of sneakers to not ruin the new ones. The route wound up hillier than I recalled but just near the end of my run, I got some pain on the outside of my right knee. This pain is not uncommon but normally is no big deal and goes away quickly. (I wonder what it would feel like to be pain free - it has been a while). I finished up my run and when walking into my house, I turned up lame. I limped a bit and it didn't get better all day long. So much for going away quickly.

Yes, I did a bunch of stuff wrong. A lot of miles. Old sneakers. Running on the road in one big jump rather than easing into it. Running back to back days. Which syndrome did I get? ITB syndrome? Stupid-itis syndrome? Another one?

Iced it a bit, ate ibuprofen. It still hurt (a little less) on Monday but I wasn't limping anymore. My orthotics were cracked so I made an appointment with the podiatrist to see if they were salvageable - maybe that was the cause. On Tuesday, I'm still improving but not all the way back.

Good news is that it has taken focus away from my ribs. A little more rest to get better (I hope). Next test is Wednesday night. On the track. With the new sneakers. For a short(er) run.

Joe,
I'm so sorry to hear this. And I truly feel for you. I too contracted a case of stupiditis and hurt my back doing those inchworms in boot camp. (see Jeanne's blog for full description) Now I'm back to resting for a few days. I hate coming up against my limitations and I hate growing old!!! Why can't I just do what I want, when I want to?!

Hang in there and keep us posted. I'm cheeering for you.

Great news about NY!!! i'm still not running back to back days since my last round of stress fractures, but i've had stupiditis too many times. hope you continue recovering :)