How to improve my swimming confidence 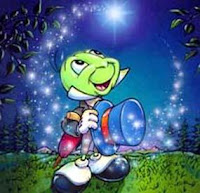 "A goal without a plan is a wish"

I believe the biggest potential for improving my triathlon race performance has to do with my swimming ability and even more so, my self perceived swimming ability. At Eagleman, I worried myself into a frenzy the night before since there was a possibility of a non wetsuit swim and feel that I paid the price (a little) on the bike and (a lot) on the run.

I have two goals regarding swimming. The first goal is simply not to suck. The second goal is to not spend too much energy during the swim leg of a race while not sucking. This will hopefully save some energy to help my corresponding goals for the bike and run legs of a triathlon (again, based on nonsucking).

For those who haven't been following this blog (yes, as hard as it may be to realize, there are more than a few. In fact, many. Ummm, almost all is probably most accurate.), I've previously defined not sucking for my swimming (see http://rockstartri.blogspot.com/2009/02/when-will.html) as being able to swim at a pace faster than 2:00/100m for a distance, say half iron (1.2 miles aka 2112 yards aka 1931 meters in 38:37). My Eagleman wetsuit swim time of 43:01 translates into 2:13/100m. Close, but still sucking. I don't need to be greedy. 5 minutes will do nicely. Full disclosure, this was wetsuit aided.

Rockstar research has found that the best path to improve swimming is, well, by swimming and swimming often. Frequency is much more important than intensity. Almost any recovery day can include a recovery swim.

Going to the pool was a chore. It was about a 20 minute drive each way and they close too early for me or open too late (Jose's LITC "midnight" swim excluded) so Dawn and I decided a while ago to get a pool. Our property is so wooded that the bugs make it often unbearable outside in the summer and the New York winters prevented swimming at other times since it is, you got it, winter. So, it took a while but we got the town to approve the plans and we're almost finished building this: 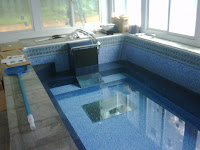 An endless pool. I've gone in it already even though construction hasn't completed. In addition to being very convenient, it seems to magnify my swimming flaws. The most notable is that my hips and legs seem even lower than their normal "bad" place. The mirror also makes me look fat - the painfully obvious truth hurts some times.

So, what's the plan? Swim open water once a weekend now that the outdoor water temp is in the 60s, swim with a Master's class (TTT or LITC) once a week to refine form and mix in some intensity and swim 3 times weekly in "endless". If I can't do open water (schedule or weather), add an endless session. If I can do the endless in the morning (I need to be in the shower by 6:15am to make my train), I gain schedule flexibility after work. The endless sessions can be quickies, 30 minutes or so.

No more excuses. It might take a while but I now have a plan to not suck at swimming. That'll improve my confidence. I hope to never be up all night again worrying about a non wetsuit swim. I'm still not going to ask Jiminy Cricket to stop wishing on a star though. We know what kind of star it is: A Rock Star.
Posted by RockStarTri at 6/25/2009 09:42:00 AM

Hi Rockstar,
I sympathize with your swim issues. Particularly since 1) I panic in open water 2) in 2 out of the 3 triathlons I participated in last year someone died during the swim and 3) one right before my very eyes. So I am always nervous in open water and have lots of freaking out to work through. Congrats on the endless pool (nice!) and best wishes as you improve your swim. I think you are doing awesome.

I really don't know what I can say besides I'm sorry you had to experience those tragedies.

I suffer from different flavors of swim issues - I'm slow but I'm relatively confident in open water as long as I have my wetsuit. Only without this "pacifier" do I have problems.